In March 2008 me and Kolo hiked for a week in Morocco in High Atlas in altitudes ranging from 2500 to 4000 metres carrying everything we needed in our backpacks. Precisely 5 years later the two of us planned a trip of similar difficulty, a week of ski touring and mountaineering beyond the Arctic Circle near the highest mountain in Sweden, Kebnekaise.

After months of research and preparation I was really excited to go. Well, not so fast! 4 days before we were supposed to leave I got a 40-degree fever and could barely move. Maybe it didn't make sense for Kolo to fly to Sweden from Boston after all. Luckily, just a few hours before his flight the doctor told me that even though I had influenza, I could be skiing on Monday or Tuesday.

We started our trip as planned but the first day I stayed in bed at Kebnekaise fjällstation while Kolo went alone for an easy trip. On Monday I tried to ski but only for 3 hours, since my lungs were now fighting with a secondary bacterial infection and were still very weak. 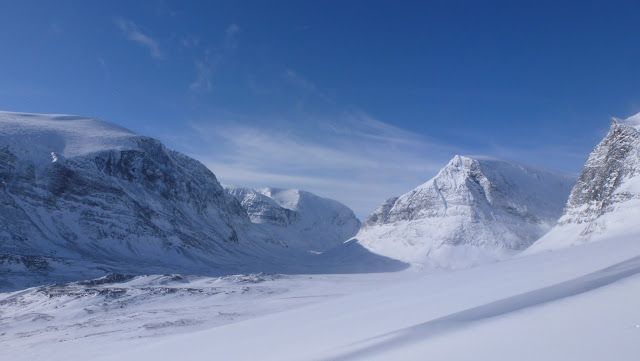 On Tuesday we decided to go to Tarfala, another mountain hut in the area. The weather was horrible but at least we had the hut and the valley only for ourselves. In the afternoon we went for a ride on Isfallsglaciär. The snow was awesome but the slope was not steep enough for sufficient speed. 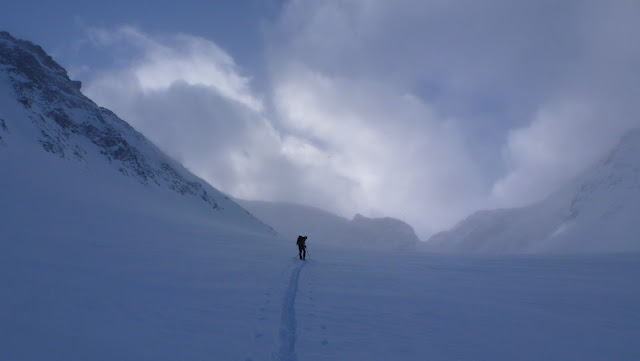 According to the forecast, Wednesday was supposed to be without wind. When we woke up, the Tarfala valley was silent. We started climbing towards Kaskasatjåkka (2076 m), but when we reached a saddle at 1800 m, the wind picked up speed again. We skied down in a complete whiteout sometimes not knowing if we were going up or down. Sometimes I hit a small hill but I couldn't see them, because everything was white. 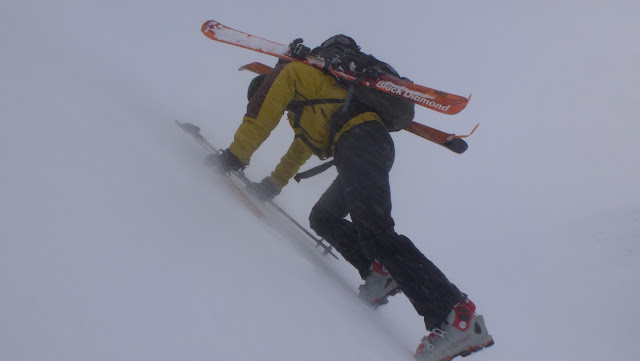 We decided to take a shortcut through Kebnetjåkka lilltopp, ending with a downhill ride right to the doors of Kebnekaise fjällstation. "It's half past one, we have 5 hours to do this", said Kolo. I laughed, because it looked like 2 easy hours. Little did I know what was going to happen next. After we reached a plateau the wind got so strong it was difficult to maintain balance while standing. It must have been between 60 to 90 km/h, no wonder this is the windiest place in Sweden with a record of 292 km/h (and then the station broke). We turned around for the second time today and continued in the valley with less wind. We reached the hut just before six. 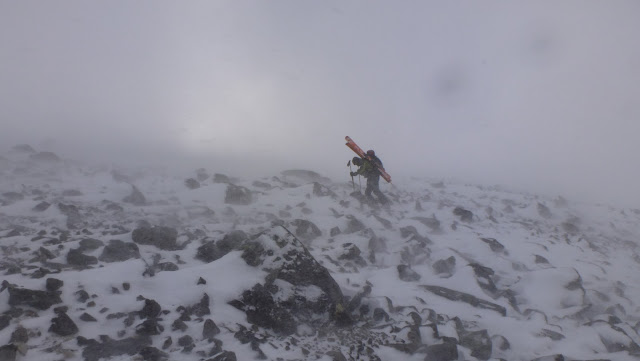 Thursday was the last possible day for ascending Kebnekaise sydtopp (ca. 2110 m), the highest mountain in Sweden. The weather was great, clear sky and almost no wind, so we made it without big problems. The view from the top was simply breathtaking. 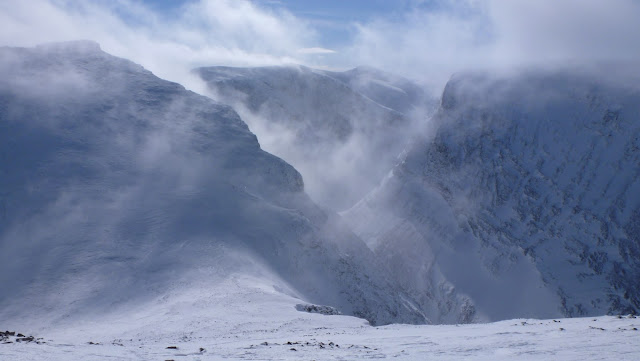 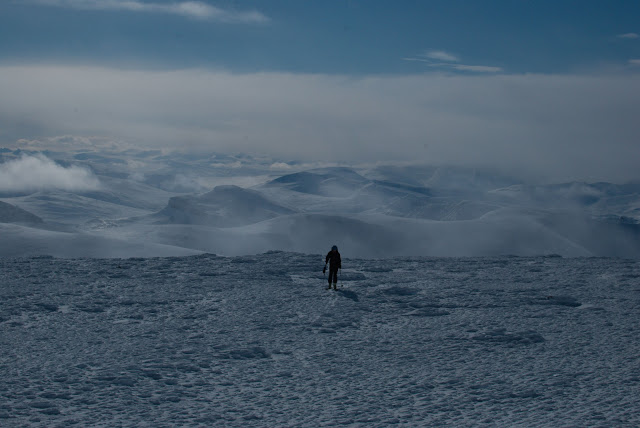 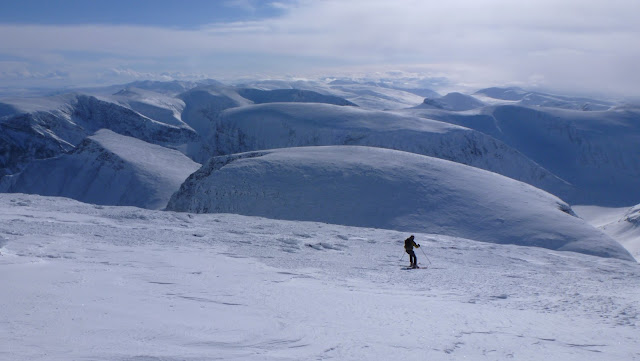 Countless stones made the descent harder, but at least I trained skiing in 3-meter narrow snow fields surrounded by stones. After the hard part we were rewarded with a ride in an awesome powder just below Tolpagorni. After climbing 1800 height meters and 9.5 hours we were back at Kebnekaise fjällstation. This was one of the hardest day trips I have ever done and my lung infection and temperature between -10 and -15 degrees didn't make it easier. 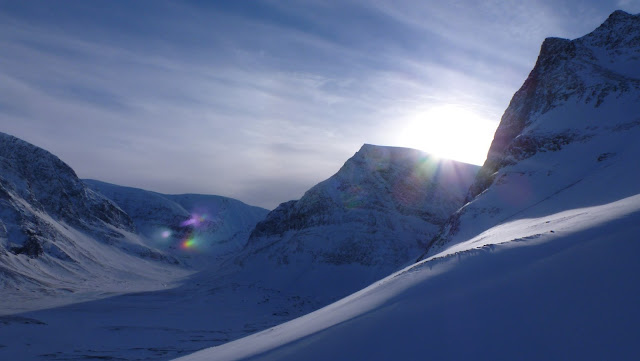 On Friday morning I woke up completely exhausted and still coughing too much, so Kolo went alone for a ride in the sunny weather. 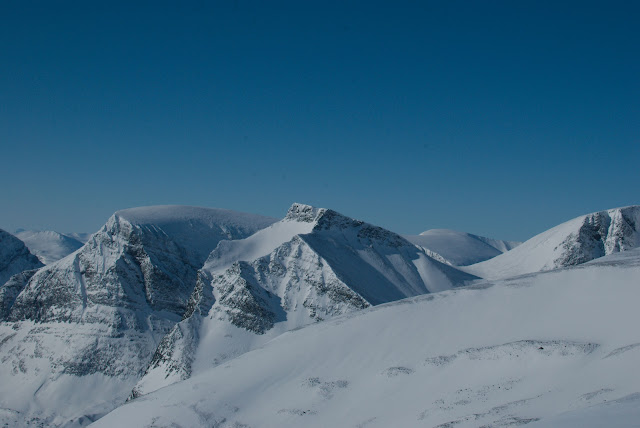 Finally it's time to go home after a week long Arctic experience. We will be back!