After a year hiatus, my favorite event Loptoši™ was back with its 6th edition. This time it was only me and my brother Palo in late September.

Note: You should try Furkot when planning your next trip. It’s the best thing since sliced bread GPS navigation.

We planned to hike from Mestia to Mazeri via Guli pass and then go see the Shdugra waterfall on the second day.

The beginning was very steep, but we were very soon rewarded with great views of Caucasus. These were some of the highest peaks I’ve ever seen.


The descent was very slippery and we had trouble keeping balance with huge backpacks, so we both fell multiple times. After finding a great spot for a tent, we cooked dinner and just stayed in the tent.

I got a text in Georgian on my Georgian SIM and thought it must have been something very important. I sent it to my friend Mike who said that they fixed the sewage system in Zugdidi. That was very useful to know, given that we were camping 100 kilometers from there!

I slept like a baby for about 12 hours. Palo wasn’t so lucky and got a bad night in an old sleeping bag. It was freezing outside and we had plenty of frost inside the tent.


We descended to Mazeri, where we left half of our gear and then hiked to Shdugra waterfall.

We drove from the mountains to the coast of the Black Sea. It was raining and cold, so there was not much to do. We went to sauna and checked out the local fortress.

Google Maps shows two alternatives for the shortest route between Batumi and Akhaltsikhe: 160 km long and 320 km long, both taking about the same time. Feeling adventurous, I chose the shorter alternative through the mountains.

The last 60 km took us more than 3 hours and it was very tiring to drive. Too bad it was raining, driving on this bad road could have been compensated with great views of the nearby mountains and valleys. When the bad road ended and we left the mountains, the country suddenly became very dry. 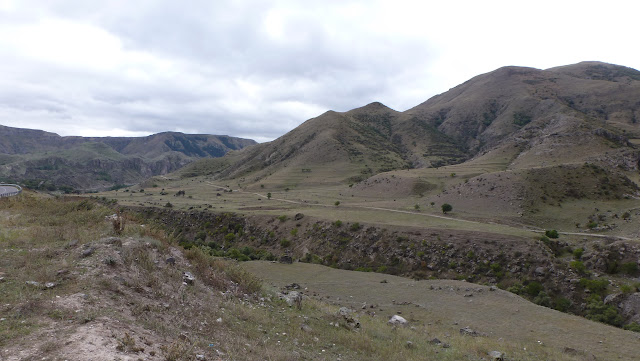 The monastery in Vardzia was spectacular, a labyrinth inside a cliff.

We then drove to Akhaltsikhe. Thanks to an EU grant, the Rabati Castle in Akhaltsikhe was recently reconstructed. Unfortunately, they used concrete almost exclusively, trying to make it look like old stone. It looks nice from afar but fake from very close.

In the morning, we went for a short hike in Borjomi-Kharagauli National Park. After one hour, the rain stopped and we actually saw a bit of the mountains. 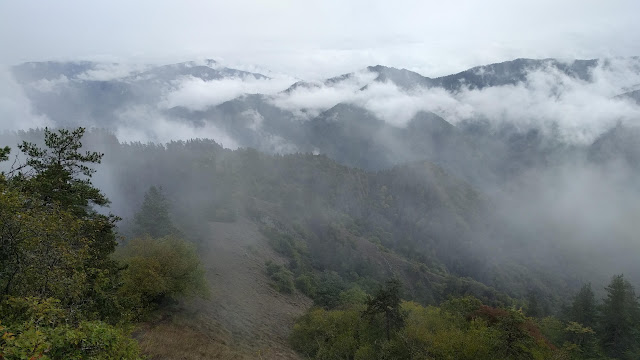 We also visited the Stalin Museum in Gori. Unfortunately, the museum didn’t mention Holodomor in Ukraine or Russian gulags. On our way to Telavi, we passed through Gombori pass during sunset. 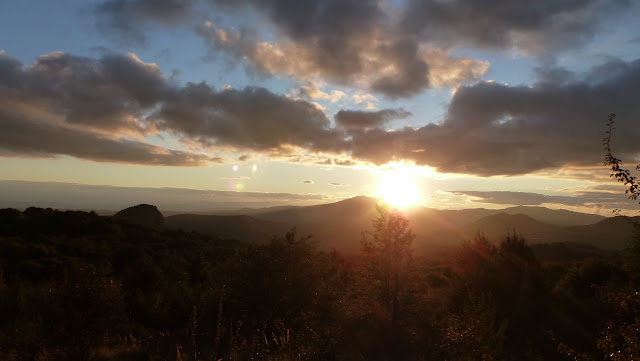 We visited the wine museum at Twins Old Cellar. Georgians have a wine-making method that is completely different from the one we use at home (and anywhere else in Europe for that matter). As a result of a different technology, white wine tastes similar to red.


We arrived to Tbilisi and chilled in the botanical garden for a few hours. In the evening we met up with Achi, cousin of my friend Mike from Stockholm.

It was great to have someone local show us around. When we asked Achi how to send postcards, we learned that it is very complicated, since the concept of post is fairly new to Georgia. They developed other means of delivering important information, like small ATM-like machines on every corner.

Georgia has a lot to offer: apart from high mountains, beaches and historic sites mentioned in the post, we had a lot of great and cheap food. I will definitely come back.

A selection of my photos is on Flickr. An album merged from our cameras is on Google Photos (if you click on “(i)” in the upper right corner of a photo view, you get to see my captions).
at 17:45
Labels: caucasus, georgia, hiking, travelling
Newer Posts Older Posts Home
Subscribe to: Posts (Atom)