After a few stressful weeks I needed a vacation in April. The first plan was to go skiing above Arctic Circle but in the end it was Stubaier Alpen in Tyrol in Austria with Martin.
Everything looked perfect on Saturday. The weather and snow conditions were great and I knew that we'll have a lot of fun with Martin. Unfortunately, when we arrived at the Amberger Hütte, he got a fever and a stomach ache. Luckily, he was feeling much better on Sunday after 12 hours of sleep. The weather that day was awesome. When I reached Kuhscheibe (3189 metres), I could enjoy an endless view and the air was still. This doesn't happen very often. It was one of the best views I had in my life. 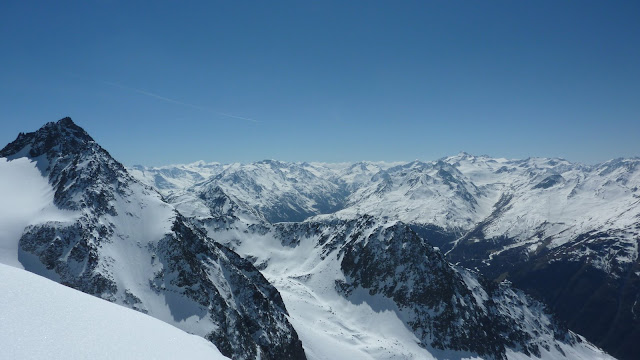 The next day was the same, except that this time I was the one with health problems and Martin had to go to the top of the southern top of Windacher Daunkogel (3301 metres) alone. But at least I got a new profile picture. 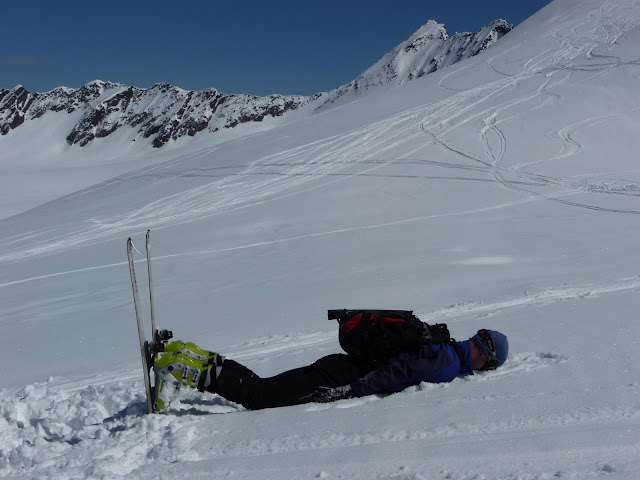 All in all, the trip was exactly what I needed. We got great views, skied on awesome snow and had a lot of fun. And we also learned a lesson that you can burn you lips within 3 hours on a glacier in April.

I realized that ski touring is better than hiking, because not only the ascent but also the descent is fun. Which is why I'm planning to spend most of my vacation in winter in the future. See you in the mountains!
The photo album from the trip is on Google Photos and selected pictures are on Flickr.
at 21:12
Labels: alps, hiking, ski touring, travelling
Newer Posts Older Posts Home
Subscribe to: Posts (Atom)