All three of us, Martin, Milan and Lukáš, were pretty excited about going to Dolomites, hiking for 6 days in a mountain range that looked very beautiful on the pictures on Google Search. It looked even more impressive in reality and we had a lot of fun, as usual.

After 9 hours of car ride and sleeping in a camp in Cortina d'Ampezzo, we started our dirty expedition from pass Falzarego and took a break after 46 seconds of walking to eat lunch. After lunch and an hour of ascent, it started snowing and got cold very quickly. Luckily, there were sheep that kept us pleasant company. 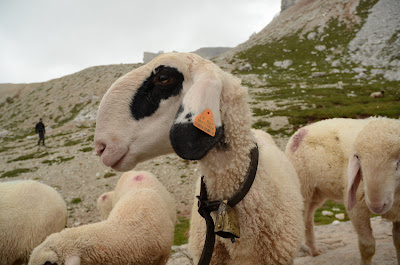 The sheep were sad when we left them with tears in our eyes, but we had no other choice but continue. In the next few hours we noticed that every mountain in Dolomites has its own shape and color. That's true for every direction you look. We have been to a lot of mountains all over the world but this is something special. It looks like a different planet. 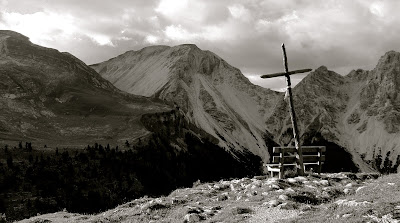 In the evening at Rifugio Lavarella we made a joke about filming a movie in Dolomites and we decided to call it "Dirty Nights in Dolomites", but it’s a different genre than you might think. Or maybe not. This name was so catchy and eloquent, that it became very soon also the name for our expedition.

Dolomites were surprising us with different shapes every day, for example Seekofel (2 810 m) looked pretty old and wrinkly, so we had no other choice but to climb it. 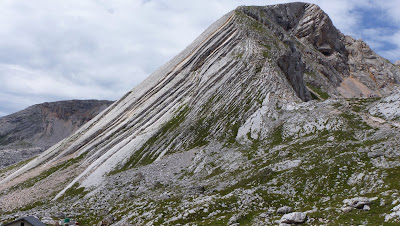 The weather couldn't have been better that day.


After dinner Martin and Milan did some bouldering and it couldn’t go without blood and pain.

After two exhausting days with heavy backpacks we made a decision to have a lighter third day, so we called it "lazy Wednesday" even though it was a Tuesday. Our first stop was the green Lago di Braies and we couldn't resist bathing in its 13-degree water. Our bodies later thanked our irrational decision with good mood and generous appreciation of ambient air temperature. 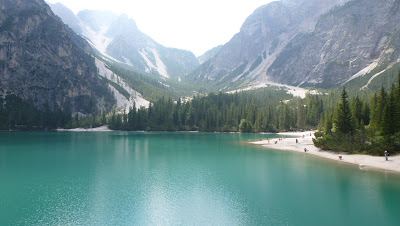 After lunch in Dobbiaco we took a bus to Rifugio Auronzo under the famous Tre Cime / Drei Zinnen. Unfortunately we took the wrong path and ended up too high in steep terrain. We were closer to Tre Cime than we would ever expected. After coming to Dreizinnenhütte we couldn't take enough pictures. This must be one of the most beautiful places on Earth.

Finally time for some rock climbing on a via ferrata. We climbed a very old via ferrata build in World War 1 to Toblinger Knoten (2617 m). 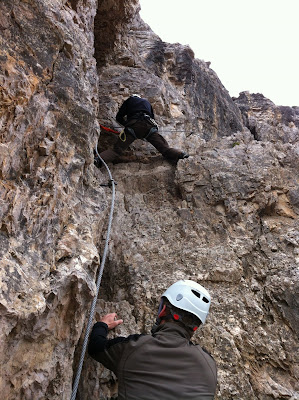 In the afternoon we slept, walked around and took some more cool pictures. 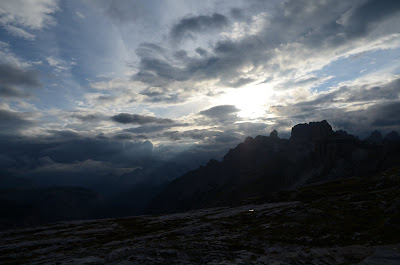 The staff at Dreizinnenhütte was cool, the waitresses are very pretty there and some of them are also climbers. In the evening Milan used an external flash that was probably 20 kilometers away to make this awesome picture. 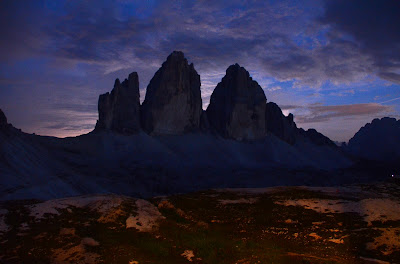 We were ogling Paternkofel (2 744 m) for two days from the hut and now it was time to finally climb it. It was a much easier climb than what it looked like at first. 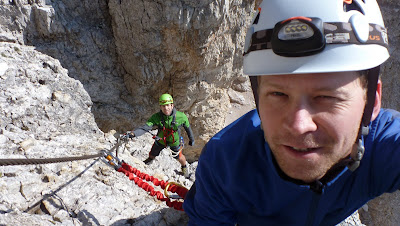 It was very hot and we sunbathed and bathed in 2400-meter altitude after lunch. We continued sunbathing later at Zsigmondy Hütte. This hut has an awesome view and the atmosphere was great with much fewer tourists than at Dreizinnenhütte. It's no wonder that we got a great idea for our next music album here. Lukáš's ankle hurt, so he took it easy and descended to Dobbiaco, while M&M tried the famous Alpinisteig. The weather was sunny, maybe too sunny. Alpinisteig trail was worth the sunburn. 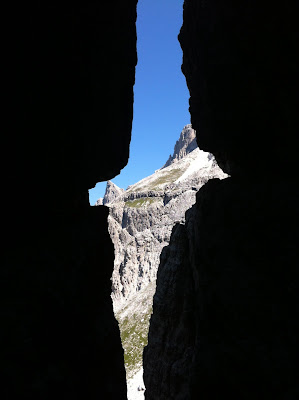 In the evening we randomly wandered through Cortina d'Ampezzo in a desperate search for an open bar. We managed to get a big applause and the attention of everyone when Lukáš broke Milan's wine glass.

Sadly we had to leave, but we healed our souls with high quality Italian shopping. Lots of money has been spent on pasta, Proraso and medicine to heal our wounds after a tough week.

A short selection of pictures is on Flickr and a full album on Google Photos. This post was mostly written by me and Martin added a few sentences.
at 21:55
Labels: dolomites, hiking, rock climbing, travelling
Newer Posts Older Posts Home
Subscribe to: Posts (Atom)